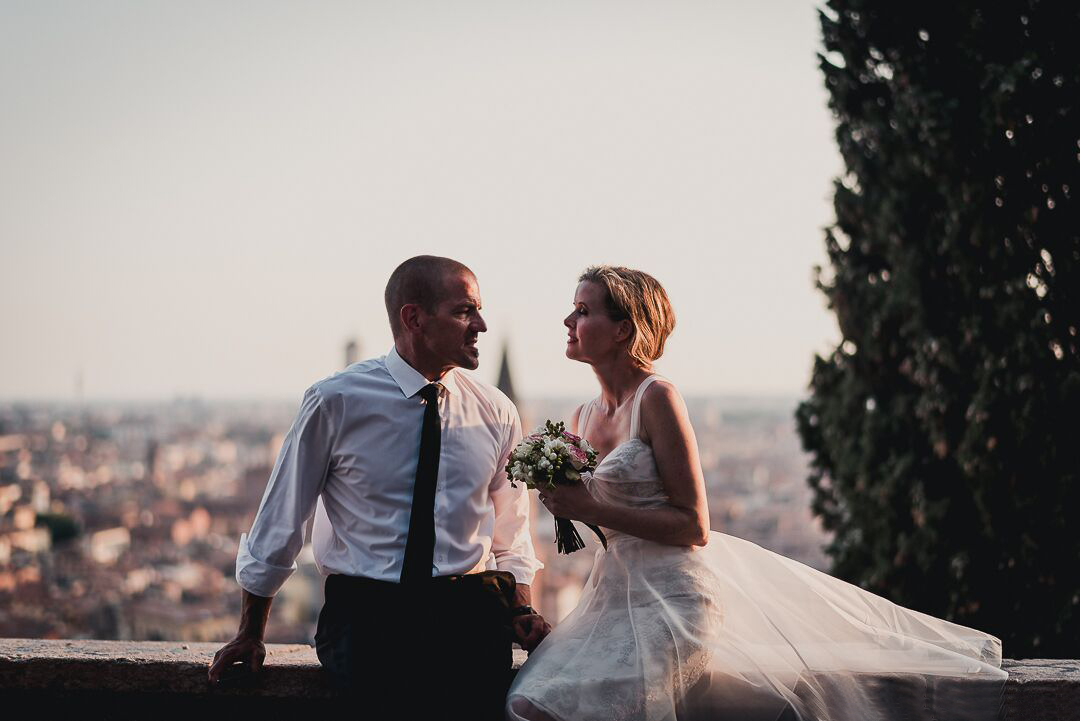 You’re not going believe this one. Let’s take it one step at a time, but, it’s a good story, so make sure you read it to the end, especially if you want to know a little bit more about me (spoiler!)

It all started in California…

Let’s start from the beginning. Kathy knew of me because we moved in the same circles. Parties, luxury shops, fashion shows… you get the idea. At one of these shows, (where my work was shown alongside Ferragamo and Carolina Herrera, NBD) Kathy saw my work and decided then and there to call me for a very special dress.

Flowers: the key to my heart

We met in a beautiful square in California where she welcomed me with a gardenia, freshly picked from her garden. How could I not love her immediately? Fresh flowers always win a place in my heart (and can inspire the rare selfie as seen below) but, I digress…

The wrong dress, but the right man

Kathy had already been married for nearly 20 years, and when we met, she described her wedding, held at Stanford University, to a man she loved very much and in a dress that she loathed wasn’t enthusiastic about. She had been pressured to wear what someone else thought was right for her.

20 years and two children later, she decided to surprise her husband with a renewal of vows in captivating Verona, Italy. At that time, I had never been to Verona, and the idea obviously inspired me. Affirming one’s love and commitment in a distant city, famous for a universally known love story… ah well it was too much.

A very special “Thank you”

This vow renewal was her way of thanking her husband, and letting him know how much he meant to her. It was also her chance; her opportunity to finally have the “wedding dress” that she had always dreamed of wearing.

How she envisioned it

She described it to me in detail. She wanted it to be a tea length, with a fitted bodice, sweetheart neckline and an explosion of a tulle skirt. She described a painfully sweet dress, and I could understand how it would be exactly what a young woman in her early twenties might want. But she wasn’t that young woman anymore, was she? She was much more fierce, accomplished and, frankly, more sensual than that.

How I envisioned it

We met again over coffee to review a selection of hand-drawn sketches, all made with her in mind. I wanted to give her exactly what she wanted, but I also wanted to give her what she didn’t know she needed, a little sizzle. Using luxurious layers of silk organza and beaded Alençon lace, we found the perfect balance.

Why it was right for her

The texture of the lace complimented her skin, allowing her to shine, and added depth and sophistication to an otherwise youthful look. It was a great start, but I also had a secret weapon. Hiding a second curved-hugging silhouette under the airy outer layer showed off her incredible curves and made her look and feel as sensual as she really is.

It would have been easy to give her exactly what she asked for, but, here was a woman who had traveled the world, raised children and is still full of passion for her husband – enough so to plan the surprise of a lifetime – And she wasn’t fit for a dress that didn’t respect her power.

We captured everything she originally wanted for her dress, but, like art imitates life, we contrasted vulnerable and ethereal beauty with the curves and power of a woman in full bloom.

Where it gets interesting…

Kathy was so excited, and so very happy with her dress. She gushed to me secretly on her plans. The city, the logistics, the photographer…

She had searched far and wide for the best of the best… Kathy is a woman of very selective taste. It’s a point of pride, in fact. I learned later that the first words she said to the photographer were something like “Hello, make sure you get lots of photos of this dress because it’s by Angelina Haole.”

Well, dear reader, as much as it may have been a compliment, the photographer had no idea who I was and I nor did I know who he was, but time would change things, as you may have already guessed.

When the photos arrived I was categorically blown away. I wanted every single one. I knew immediately that they were the most elegant and tasteful wedding photos I had ever seen.

Not long after, those same photos were published in a magazine, where the names Angelina Haole and Francesco Bognin were seen side by side for the first time. Of course, even then, I have to admit that I didn’t give his name a second look… after all, there were these stunning photos to look at instead.

Fate would not be cheated and roughly two years later, Kathy came to my studio with a very tall, very handsome and very foreign guest from Italy. A guest who, less than five months later, would become my husband and the man who would eventually inspire me to move to the same magical city where this all began, fair, fair Verona.

It’s safe to say that this dress will always have my heart. 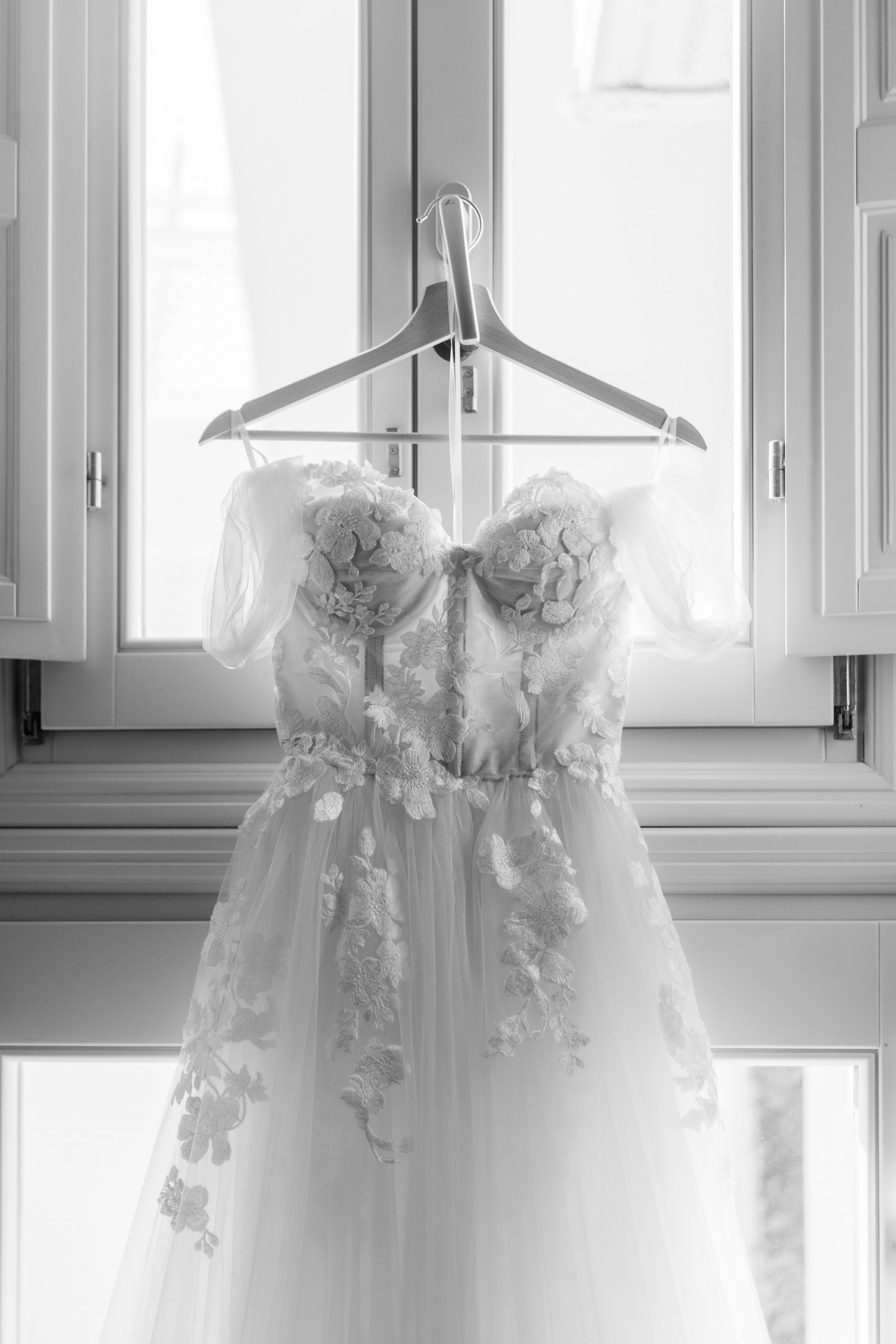 This story is as unique as the gown that resulted... In the first of many unique facets of this wedding, I was contacted not by the bride but...by the groom. This couple decided to get married... 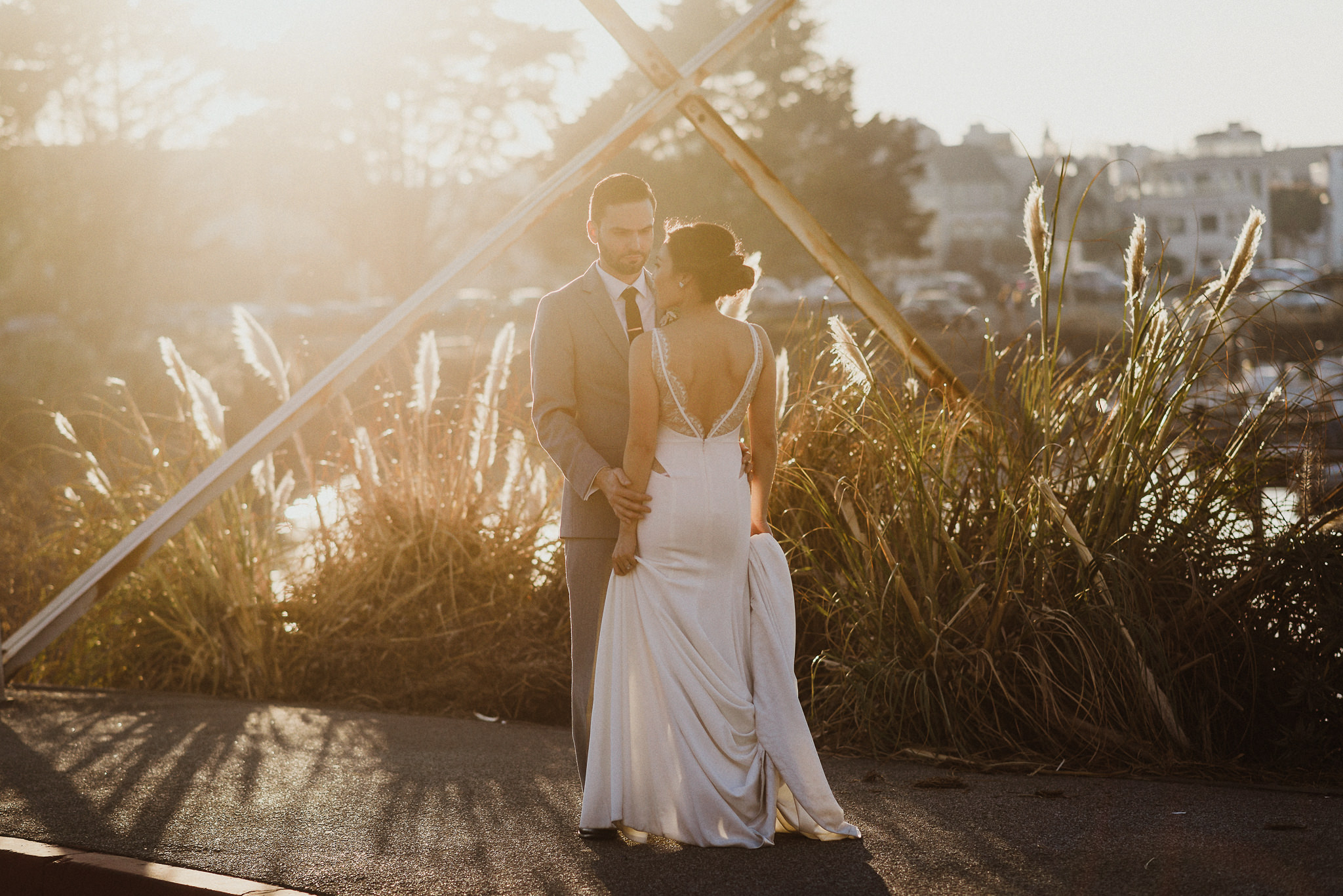 You’re not going believe this one. Let’s take it one step at a time, but, it’s a good story, so make sure you read it to the end, especially if you want to know a little bit more about me (spoile... 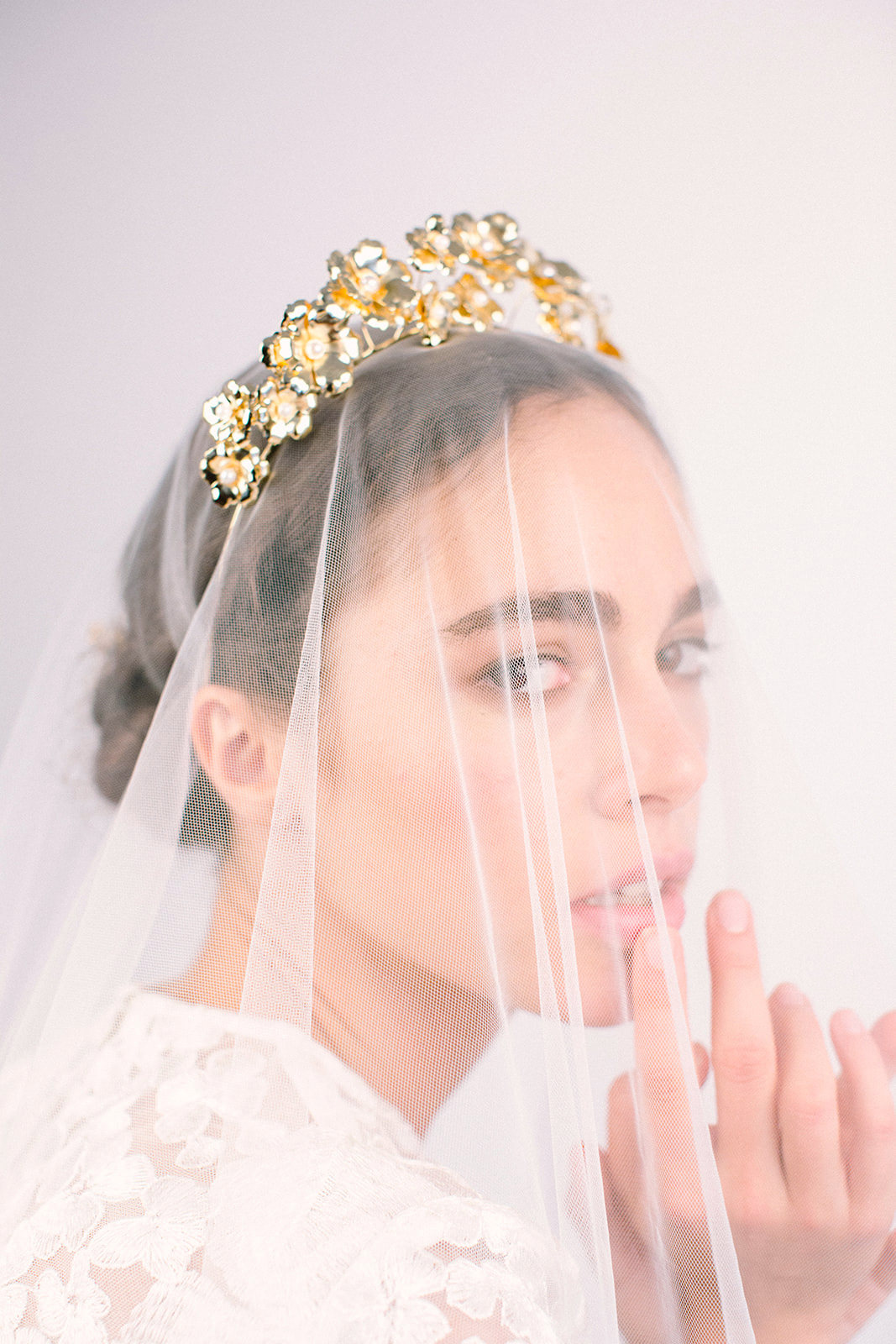 You have a sea of ​​options to choose from when it comes to your wedding day accessories. The choices are practically endless and it's easy to feel overwhelmed by small decisions that legitimately ha... 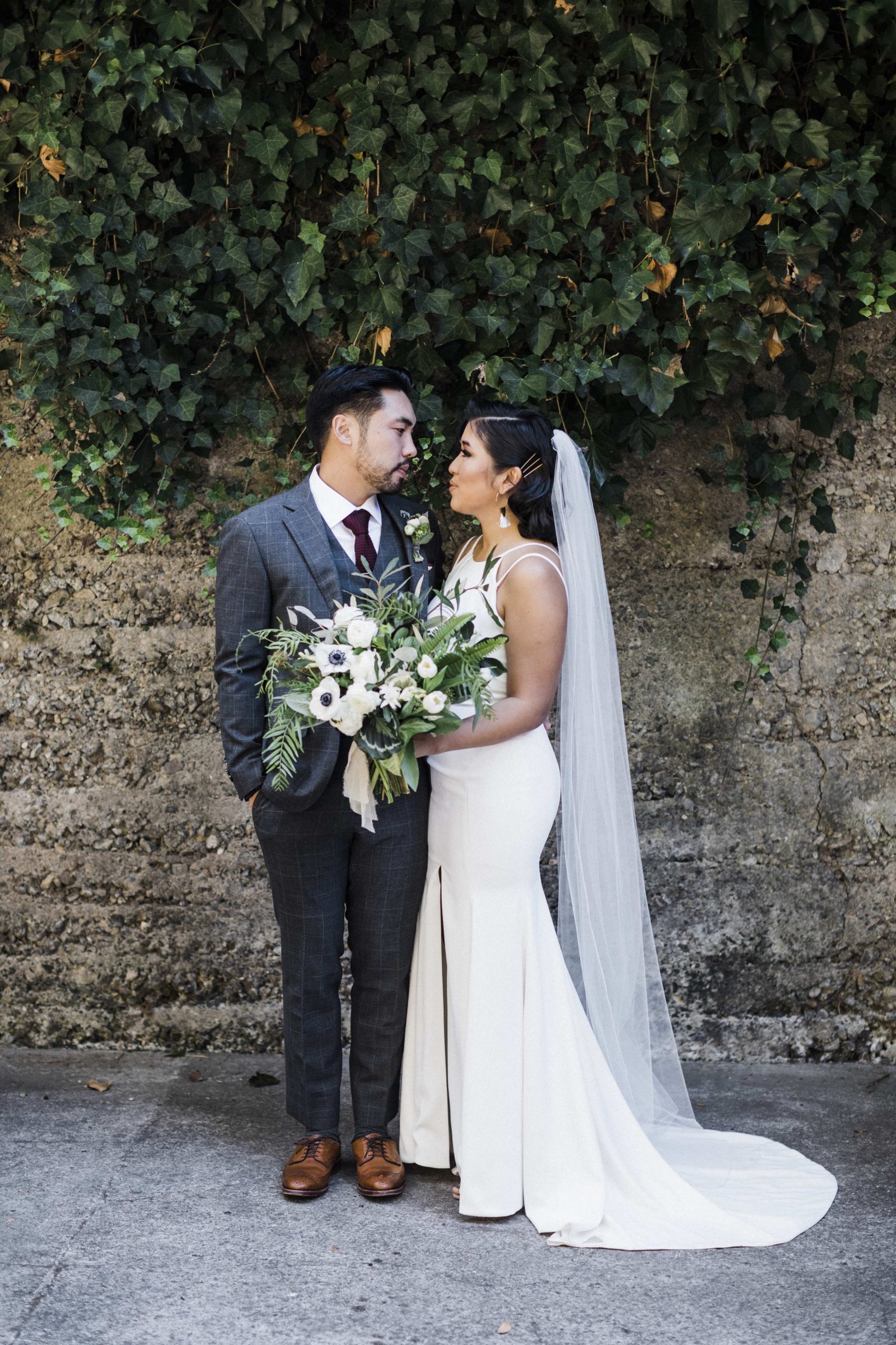 A special kind of love

She stole my heart from the start… Lori’s a vivacious young woman, full of character, and sharp personal style, all packaged up within a sparkling personality. But…before anything else, let’s see ... 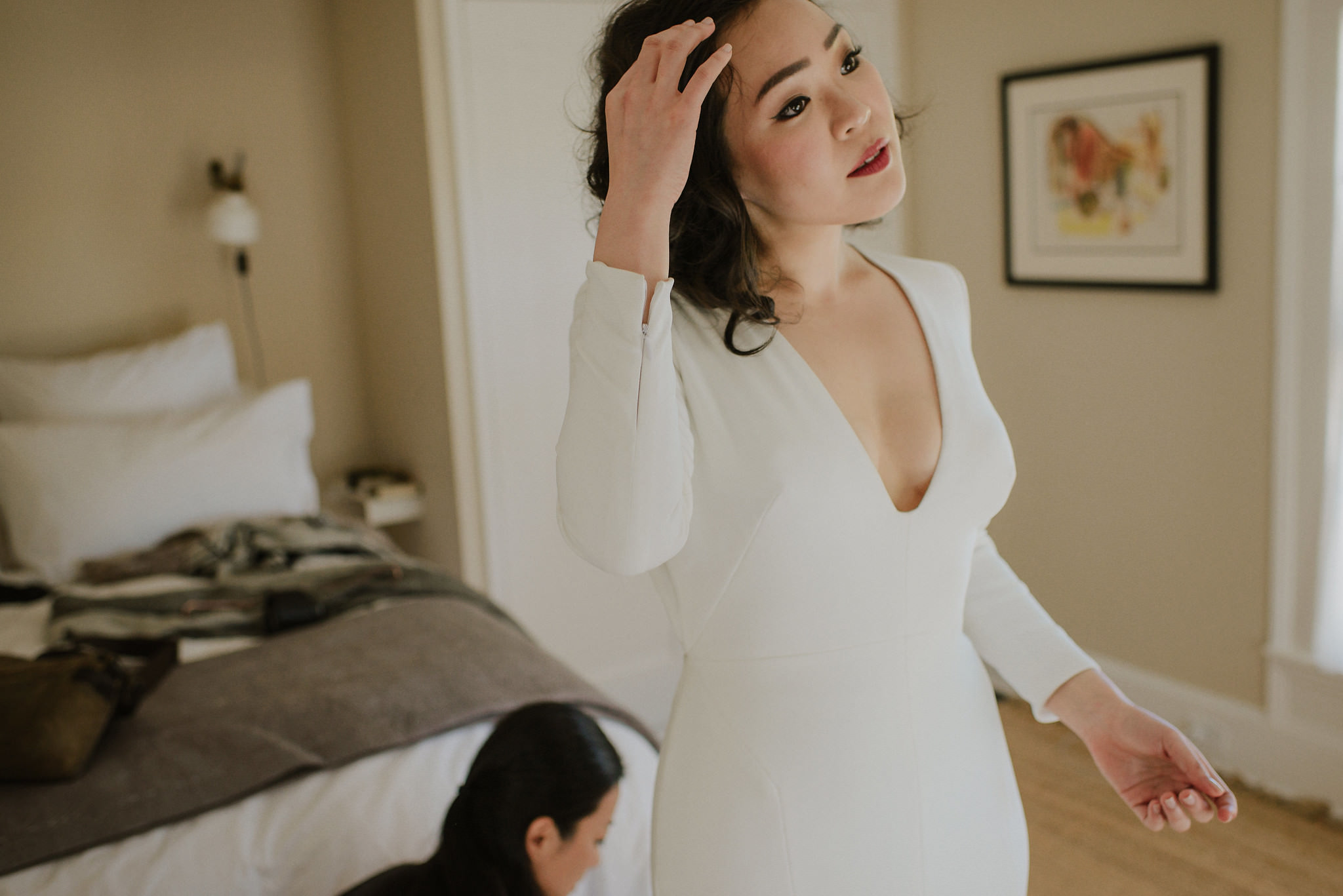 Glory be to Gloria

You want to know someone like Gloria. She's the kind of individual who really pushes the limits on what you think a person can be. She's wildly intelligent (super-doctor-level intelligent), obviously... 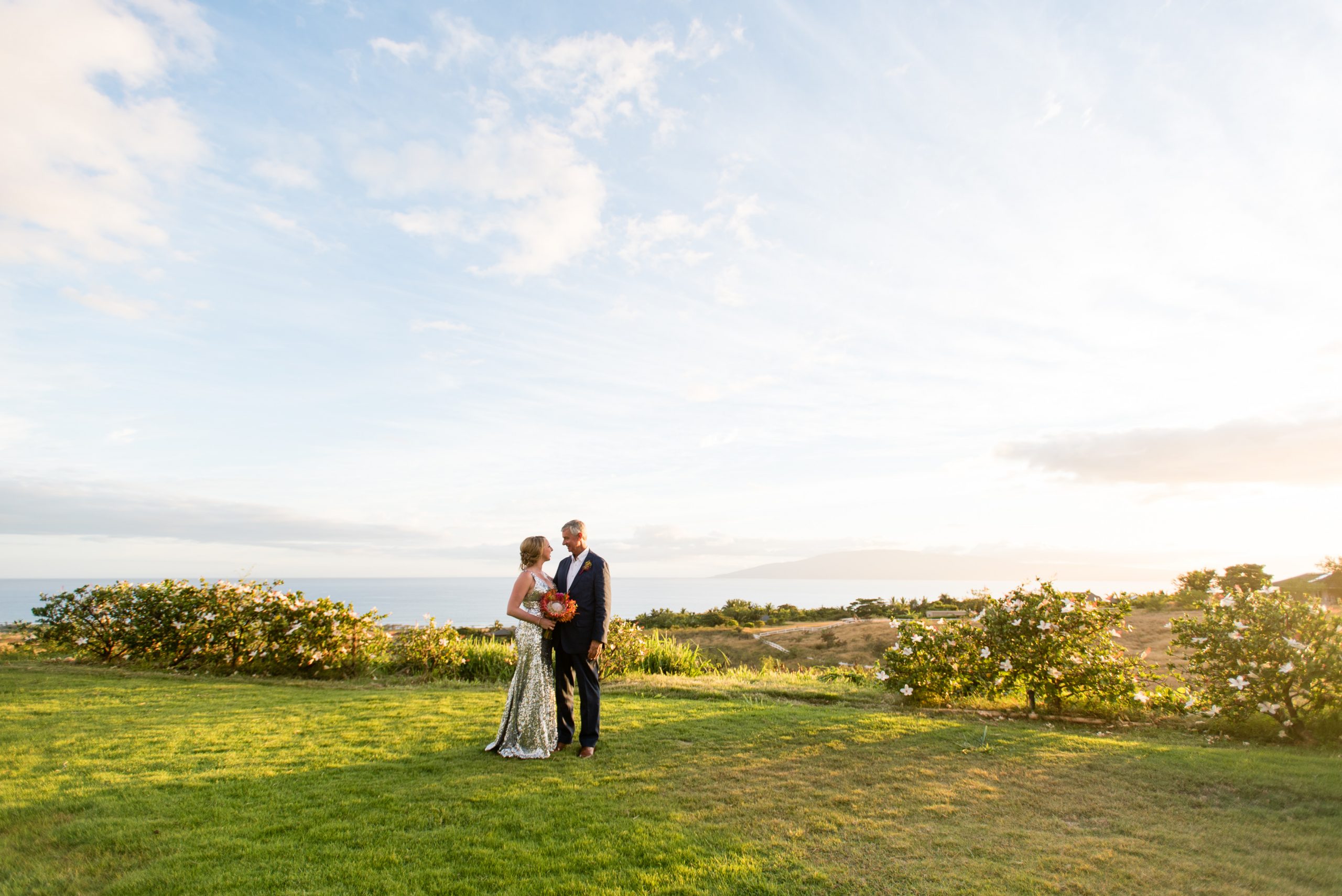 This dress really steps out of the ordinary. Think, something non-traditional...not white, not gold and very (very) sparkly. Our bride, Leslie, held her colorful and casual wedding in my very favorit...

A dress so special, I (literally) carried it mysel

A labor of love First two photos from the one an

Is it wrong of me to fangirl over my own work? Bec

You won’t see me behind the lens much this year

Once in a great while, someone other than @frances

All the love ✨ I’ll post all the details of t